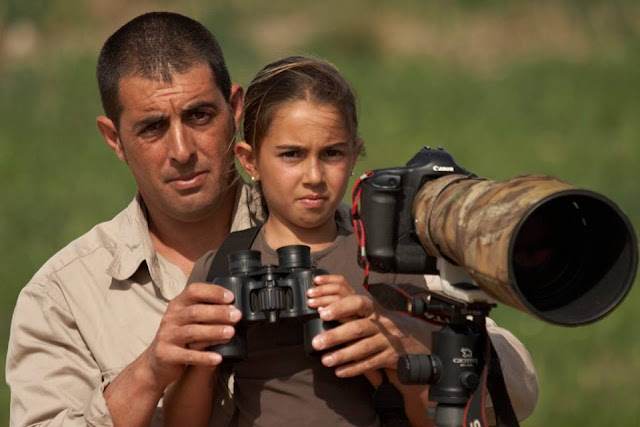 Photographer who stars in this entry is recognized internationally and is one of the spearheads of nature photography in Spain.

I could fill lines listing presentations, courses, publications, articles, interviews ... for those who still do not know is an idea, but I prefer to simply list three names that Antonio has worked: National Geographyc, BBC and Survival. I do not think it takes more references to get an idea of ​​its weight within the panorama of nature photography.


In the case of Antonio's hard to know if that was before the chicken or the egg, the photographer or the conservative nature. Fortunately not only photographic knowledge is available to everyone who wants to come and peguntar. Spectacular photographer, great teacher and best friend, then the interview with Antonio Atienza.


In your career as a photographer has fulfilled those dreams may be the most wildlife and landscape photographers, not only in photography, but in recognition of his work What goal have you noticed about your work in the field of wildlife?
To me this that I have been doing since I can remember, I would not define it exactly as a career, but as a way of life.
Being in constant contact with nature and to work professionally in monitoring programs and conservation of wildlife, which is dream and do not want to rank, because if it did it would end my objectives, which remain: exit to the countryside to enjoy every day with my daughter, which I try at all times to instill values ​​of respect, living each of the magical moments that nature has to offer, and perhaps more targeted, make wildlife photography as a tool to raise awareness regarding all around me. 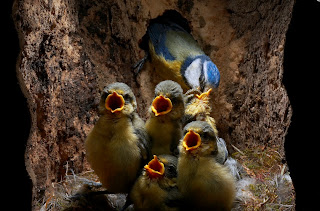 Antonio, some of your techniques were criticized by other wildlife photographers to consider intrusive. In my opinion is a clear example of immobility in which they live some of the photographers in this country. Now with some distance. Do you think that situation conditioned the face of the photographic community?
This very fashionable in the group Nature and conservatism, moral and ethical selling, but no one has stopped to analyze who is more or less ethical or moral and who and why we should apply the doctrine of fantastic ethical codes.

Criticism is served on any guild and would not be for less in this currently gaining fans too quickly due to new technologies.
Talking is not worth money, is free, and even if we do so without knowledge or cause. I'm from the old school of thinking that we must be self-critical, critical rather than destructive, we should consider: we do, how we do and why we do it and especially when we have the work of a colleague, who say before considering all the effort, work and experience behind it.

I know many good photographers, great people and friends. But I must say, a good portion of them belong to the new era, as a rule, by time and distance, can only exit the end of the camp week full of equipment, most of the time without direction, without work field, without planning, without goals.

Another good part is planned, but only hides sessions concluded by companies, others take advantage of the hides and the work of the few gaffs and photographers actually field curran what they do.
When you've spent practically your whole life in the field, you realize that photographing wildlife has not the slightest mystery and does not require any effort, just time, knowledge and above all experience. You're an intruder (intrusive techniques) or strange when not part of what you do, what you live and what you feel, but when you become one more, the birds will come to the feeders you have a few meters of the door of your house even eat in your hands, grow up in the nests they'd built years before intentionally glass cuts to intrude on their lives, carnivores will anxiously await a specific time, waiting for you to come and mountains all the junk, and abide flashes in exchange for some sardines. I live in a rural environment and that is perfectly cooked in rural areas, do not do the slightest idea how many different wildlife falls struck by unnatural reasons.
I feel conditioned at all, so I will remain an outsider, because while there are many like me, a good part of the fauna is undoubtedly safe under my watch and intrusiveness.


Antonio Atienza, is also a photographer instructor of which may be the best set of nature photography workshops in Spain What do you think influences them for they are so considered by many?
For this I will answer you quickly. For starters, those who know me well know that I consider myself more, I will not Photo ambassador or anything like that, I like to brag and do not hide any of my knowledge, I like to have my life experiences, tips or whatever you call it. I try to give all of my students and more to gain, I like knowing that at the end of the workshop I learned from each and every one of the attendees, sharing experiences and most of all I am very happy when I won good and great friends.


As a teacher, what has been the most bizarre situation you've experienced? Given the number of students who go through the same you must have seen it all.
Hehehe, one preguntilla committed, I can not give names, many funny situations and bizarre that I could tell you, but generalizing and summarizing common briefly, is that the students always come loaded with equipment, too much equipment, and when we reached the locations, they start realizing the fact that they lack the necessary tools, which are not precisely those of photography, if not walking around on the field, good shoes, warm clothing, umbrellas, raincoats, etc.. And most of them do not come with the chip, the photographs of quality, shocking photograph, are made ​​in the worst conditions in the world climatologiítas. So in many courses when we got to the site, raining seas, all metiditos into vans, look at me with frightened face, when I say .. down everyone let's start the photo shoot. You can not imagine the face of many of them, soaked but learning to take pictures under an umbrella. In the end I think we all appreciate it. 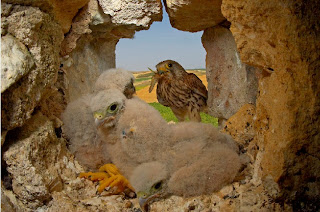 In recent times you have taken the quantity and quality of your picture as a teaching tool in nature conservation. Thus was born a new website what goals to pursue it?
My experience in this world does not begin as a photographer, but as an environmental educator, where I take my knowledge as a naturalist for a self-taught initiate me in photography. Gradually inadvertently start an important photographic archive store, to which I give form for different projects are always focused to the disclosure and preservation of Nature.
The web is simply one of the last works, made with special affection, because the protagonist is my daughter, who since being in my life, has been my muse and inspiration in many of my works.
The message I think it is well defined in the input video: Education is the basis of conservation, you can not protect what you do not know.

What can we expect in the future of Antonio Atienza? Did any project?
They are more twenty years doing photography, reflecting and looking personal satisfaction. Increasingly hard to carry heavy equipment, whenever you push yourself more and more, hard to find the photo and the perfect light, but not just the illusion, not just the goals, it is looking more and more complex, more spectacular more impressive because these quality projects are those that open the mind of the viewer, giving them a share of the image they are envisioning and are thus special these projects are what convey more awareness and respect for the environment.

Yeah, I'm putting together in my mind a project, which is already in the planning as a beginner I am enjoying a long-term project teams very light and very light, but with spectacular views, angles of 170 °, animals and plants in the foreground but completely integrated in their environment.
I'm going back to being an intruder in the lives of many animals some of them neighbors and acquaintances and I hope the photos and videos go again and surprise the computer screens of all who have trusted me.


Would you have any advice for beginning photographers and to take an interest in nature photography?
Do not run to achieve any goal, you do not run to get a photograph, you enjoy the magical moments that nature would give them, to inform themselves of what they are doing or intend to carry out.
A photograph of quality is a long-term, studied, analyzed and thoroughly premeditated.

It is preferable to take a couple of pictures well finished and well enjoyed, several gigabytes full of files that do not say anything.
And most importantly, environmentally thirst for that will always be with you.
More about Antonio Atienza HERE 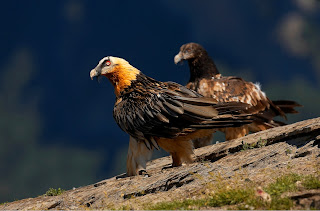 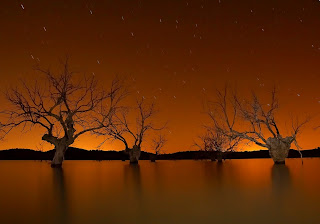 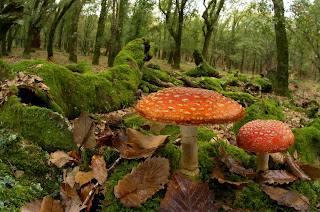 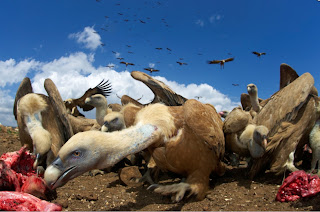 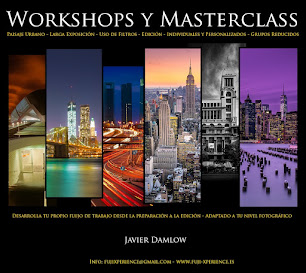 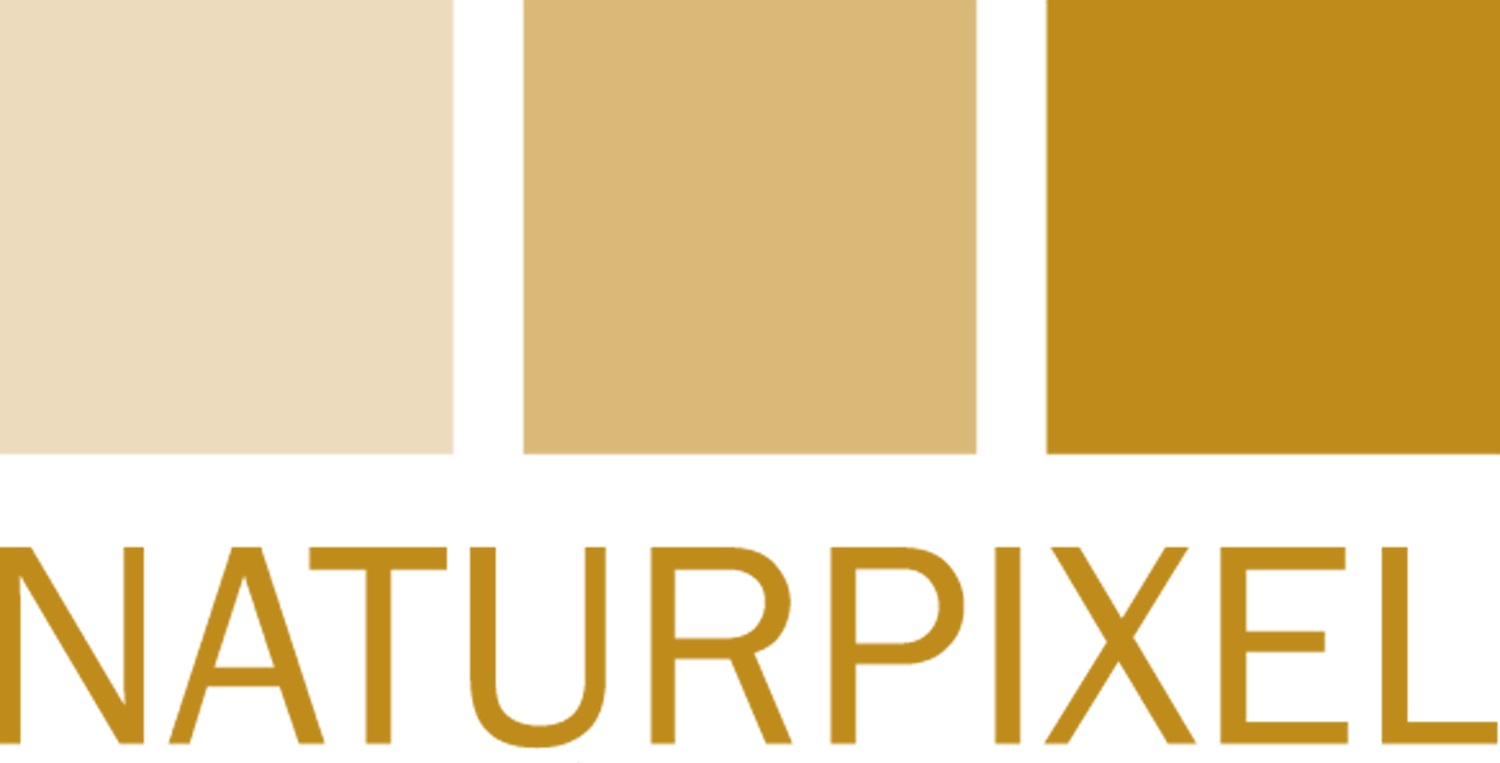